Born in Jarrow, the eldest of 7 children (3 brothers, 3 sisters), Fr. James entered Junior Seminary at Ushaw College, Durham at the age of eleven in 1960.  Ordained to the priesthood in St. Mary's, Jarrow on 6th October 1973, his first appointment was as curate to Fr. John Loftus in St. Cuthbert's, North Shields. He subsequently moved as curate to St. Cuthbert's, Durham and as Chaplain to HM Prisons, Durham and St. Leonard's Comprehensive School. After 3 and a half years he succeeded his predecessor as Parish Priest and RC Chaplain to Durham University, also serving on the National Conference of Priests and University Chaplains' Standing Committees.  Upon leaving Durham, he was granted a 6 month sabbatical at Tantur Ecumenical Biblical Institute near Bethlehem.

On return to the diocese, he became Parish Priest of St. Peter's, Low Fell, later also of Annunciation Parish, Gateshead and RC Chaplain to the Queen Elizabeth Hospital. While there, he was appointed Diocesan Director of Vocations, continuing in that role when appointed Parish Priest of SS. Peter & Paul, Tyne Dock, serving in the South Shields cluster of parishes.
He left there in February 2012 to become Parish Priest of St. Agnes Crawcrook, St. Joseph's Highfield, and Our Lady of Lourdes Chopwell, having relinquished his responsibility as Director of Vocations. Ad multos annos. 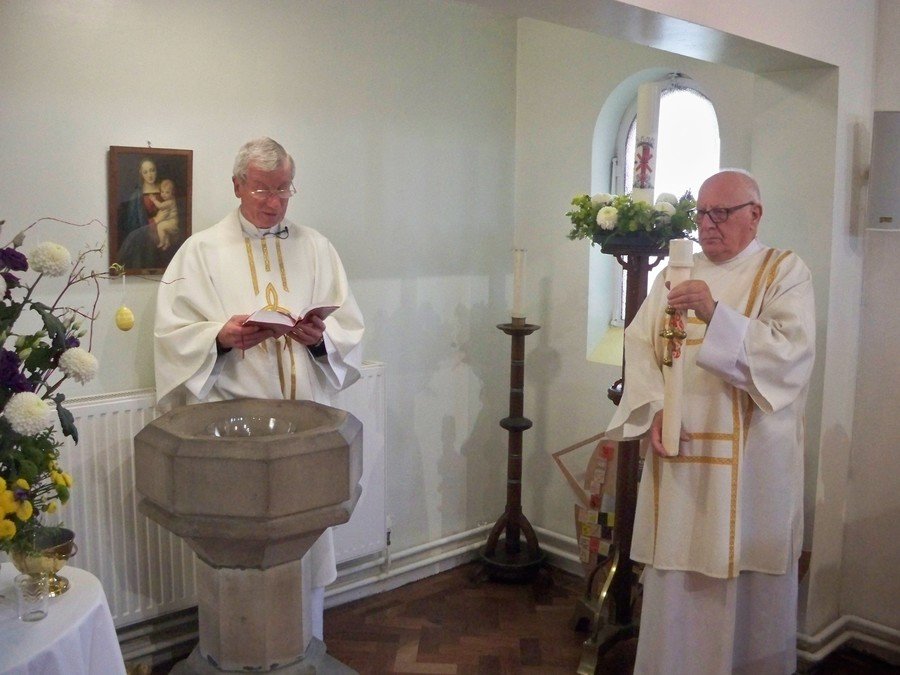 Fr James and Deacon Derek at the Easter Vigil 2019